We’ve all been on the receiving end of the rather annoying cliche:Â  “When one door closes, another one is opened.” 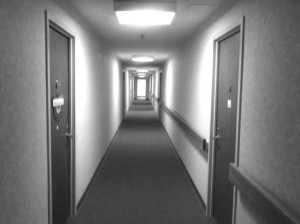 So what exactly are we supposed to do here?Â

Well, I’m here now, and I can tell you that there’s not a whole lot ofÂ doingÂ to be done. It’s more likeâ€¦ learning to breathe again. It’s that rare moment in our lives when we’re not chasing something, not running from something, not figuring something out. We just have to be, and not everyone is comfortable with that. It’s what I’m struggling with today.